Oh that men would praise God!

Thank you Father God! Your mercy to me is never failing. Your love is never changing. You care for me at all times. You supply all my needs. You grant me my hearts desires. You give good gifts. You are my protector and  my guide. You carry me through this life's journey. You bring the light of you love to my darkest places, you illuminate my way. You have set the stars in the sky for your glory and my enjoyment. You are the calm eye, when I am experiencing a hurricane. You oh Lord, dry my eyes and you lift me head. Glory to your name! You are Holy, Holy, Holy! you alone are worthy. You are creator God. You are the Lord the hears me when I call. You speak life into my soul. You are my hope.  You Lord are my all in all.  My father, teacher, my husband, my friend. Thank you for being my constant companion.  You alone comfort my soul.  You Lord Jesus are my redeemer, you have restore soul back to fellowship. Your love reaches across generations. Thank you that you shed your holy blood for me. You Lord Jesus alone are worthy. You have set me a captive free. You alone have purchases my liberty. Your strips have healed me. You have broken  the chains of my bondage. You give me hope for the future.  Thank you have exchanged my sorrow for joy.  You have restored my happy heart. Oh that I should praise you! You have given me an eternity with you. Thank You Holy Spirit for you are moving and are alive within my heart. Thank you that your presence is in my home. Thank you for reviving and restoring our lands, for healing our nations. Thank you that you have poured out your Spirit on us.Thank you for your many blessings. Thank you for enabling me to continue in the walk of faith. Thank you Holy Spirit for the power to overcome the tricks of the adversary. Thank You for the shield of faith. I bless you Lord God of Heaven and Earth, I praise your name.  Oh, That men would praise me...


Psalm 107:8 "Oh that men would praise the Lord for His goodness and for His wonderful works to the children of men!" KJV
Posted by asseenthroughpatseyes at 4:56 PM No comments:

"Life is like a notebook. It may feel permanent if it is written in ink, but the reality is you can always rip out the page and start again". 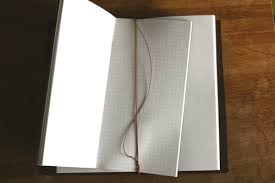 This little saying came to me one day when I was trying to write an anecdote, since I was in the middle of a different thought I hastily wrote it down in the top of an another notebook thinking I would return to it at a later time.  I then did what I often do, I basically forgot all about the phrase and the notebook I had written it in. Well as life would have it, seven months later, I walked into the kitchen and there was the notebook opened lying  the counter my eyes where drawn to the top of this hand written document because the hand writing I noticed was mine. I began to read. You see my youngest daughter had picked up the notebook and had been using it as her own. Underneath my writing she had written an account of a days events and it when something like this.  I am retelling this tale with the consent from my daughter. She begins her tale by waking up early at 8:30am one Saturday morning in July. Those of us with teenagers know that this in and of it's self is a feat worthy of praise. As routine would have it my husband and I were away from home and while we were gone my youngest daughter stumbled downstairs into the kitchen and as she would tell it. The kitchen a mess. So she took it upon herself to clean it from top to bottom, loading the dishwasher, scrubbing counters, sweeping and mopping the floors, she even took out the trash. Now having completed all this work she returned to her bedroom to rest. Now she had just settled in on the bed and her father returned home and noticed her abed and  like any conscientious parent he commented on how late in the day it was and that she should think about getting up.  She immediately internalized this comment and thought to herself. "See what happens when you do something helpful.....no one ever notices."  But being the great kid she is she rose from her bed and started to clean her room. Now if you have ever been in her room you would know that is a Herculean task. Once done, she climbed back into her bed.  Now as fate would have it a few minutes later her father walked back by her door and peeked in.   Now what he see is his teenage daughter still in bed. He assumed that she had not moved from her place of rest.  Here is the lesson " people see and expect what they have experienced in the past".   He still did not notice she had made an effort, cleaned the kitchen and her room. So, my husband spoke to her in a harsher tone saying, "What you are seriously still in bed? Get up now and do something!"  This time my daughter responded like an unappreciated teenager and stormed down to the kitchen muttering under her breath with the notebook in her hand. Leaning on the counter she turned to the page and read,  "Life is like a notebook. It may feel permanent if it is written in ink, but the reality is you can always rip out the page and start again"..  She read it again, finding a pen she began to write about the emotions, she expressed her feeling and through writing processed the events of the day. She choose to start again.
Sometimes life is unfair. It may seem to us that we are continually grabbing short end of the stick. That our good deeds and good intentions go unnoticed. That others don't see who we really are, the "true me". We interpret the actions and words of others as being harsh and often critical. We feel unappreciated, unloved. We seek acknowledgement, we seek validation.
This is a small sample of what Jesus felt. Think about it.  Jesus the son of the Most High God left his home in heaven to live with us. He being of royal birth was born in a manger. He lived a life of giving, teaching, sharing, healing, feeding, cleansing, of showing us the love God. He gave us his best all that he had and his best was rejected by us. He loved us with a limitless love, he willing died a sinners death, our death, yet he was sinless. He gave us his life freely, so that we could live again. Yes, Jesus Christ bore our sorrows, our sins and our shame.  He did all of this and so much more. He purchased our salvation and liberty at cross he ripped out the page of sin from our lives. So we can start again.....Life is like a notebook.....How does your new page begin? " I am loved.....".

Galatians 2:20-"I have been crucified with Christ; it is no longer I who live, but Christ lives in me; and the life which I now live in the flesh I live by faith in the Son of God, who loved me and gave Himself for me."
Posted by asseenthroughpatseyes at 9:22 PM 1 comment: